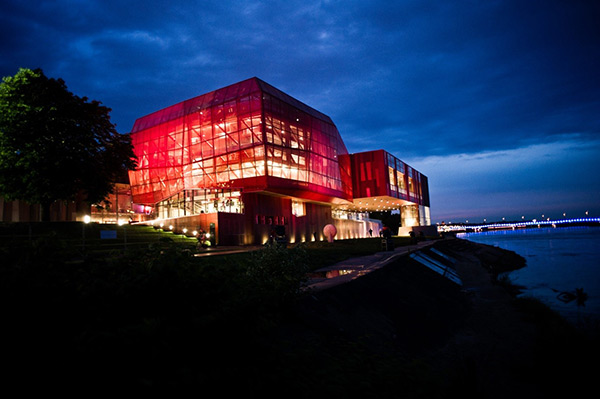 The Copernicus Science Centre offers you an unforgettable evening in Warsaw on 25 June 2015 (Thursday). This modern science museum, beautifully situated on the riverbank, will be open exclusively for the SED guests. The event, organized by Narodowy Bank Polski, will be a unique opportunity to explore one of the most popular and crowded tourist attractions in the city, but without the company of the usual crowds. The Copernicus Science Centre is one of Europe’s most modern facilities of this kind, presenting a fascinating interactive exhibition composed of over 450 exhibits, with seven permanent galleries: Roots of civilization, The World on the Move, Re:Generation, Lightzone, Humans and the Environment, Thinkatorium, and last but not least, Buzzz! – a gallery created especially for children. On 22,000 m² one can carry out experiments which make complicated natural phenomena understandable – and have great fun at the same time. Well-designed scientific installations will awaken the scientist in everyone.

The Centre also houses the Heavens of Copernicus opened in June 2011. This is an outstanding planetarium, which enables visitors to explore remote corners of the universe, look into a volcano crater and go back to the beginning of life on Earth.

One of the latest attractions is the Discovery Park – a green space around the Copernicus Centre and adjacent to the bank of the Vistula River, where visitors can find shelter from the hustle and bustle of city life and, at the same time, conduct experiments. 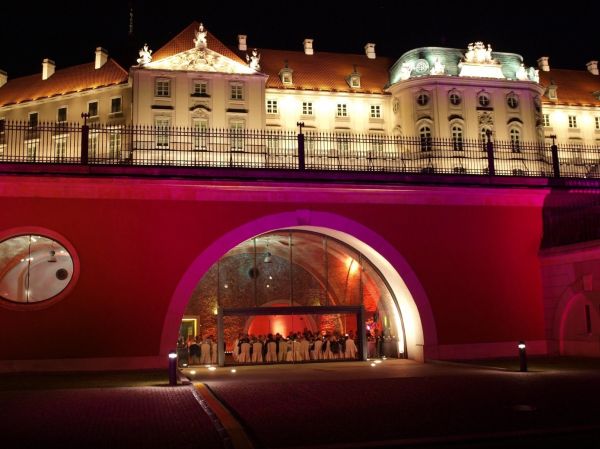 We have the pleasure of inviting you to a dinner in one of the most unique places in Warsaw – the Kubicki Arcades – which are a part of the Royal Castle in Warsaw. The history of this place goes back to the Middle Ages, when the Dukes of Mazovia decided to build their residence on the Warsaw escarpment, right by the Vistula riverbank. The Castle, which served not only as a royal residence, but also as the House of the Polish Parliament, was extended and refurbished by Polish Kings several times. During its lifetime the Castle witnessed many historical events. Destroyed completely during World War II, it was reconstructed and reopened in 1984.

Though an integral part of the Castle, The Kubicki Arcades is an independent construction with its own, interesting story. In the 17th century, in the place where the Arcades are situated today, a wall was built to protect the Castle from floods, as back then the waters of the Vistula river flowed right next to the building. However, soon this attractive spot was used to construct a river warehouse which was later on converted into two-storey lodgings for the King’s servants. At the beginning of the 19th century, Jakub Kubicki, a Polish architect, won a contest and designed a 200-metre long construction which supported the escarpment, connected the upper and lower Royal Gardens and covered a public street running along the foot of the Castle. Arches and arcades, simplicity and solid construction were Kubicki’s trademark. For over a century, the Arcades were used by the Army, while slowly falling into disrepair. In the 1990s, Stanisław Fiszer, an architect, received the demanding task of rethinking the whole concept of the Arcades which were to be exploited from now on as a modern event area. Stone, glass and steel were used to combine the past and the modern present, to extract the beauty of Kubicki’s creation and fulfil the requirements of the modern days.

In order to visit the Royal Castle in Warsaw, please note the opening hours for visitors: 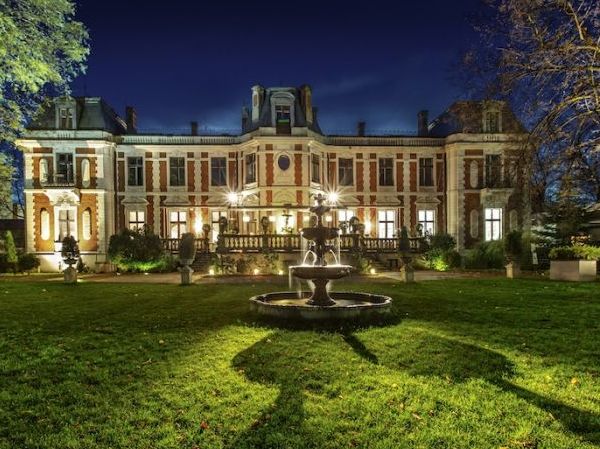 This charming and magnificent Zamoyski Palace is situated in the heart of Warsaw at the very end of Foksal Street which took its name after the Vauxhall Gardens – a popular entertainment venue for the affluent residents of Warsaw in the 18th century. The unique, neo-renaissance silhouette of the Palace is well visible from the crowded Nowy Świat Street.

The Palace was built in 1875-1877 to a design by a renowned architect Leandro Marconi for Konstanty Zamoyski, a member of a prominent, noble Polish family. The main building, preceded by a glamorous courtyard with a driveway for carriages, is separated from the street by the neo-baroque gate. The Zamoyski family coat of arms can be still admired on many elements of interior design like shutters or door knobs. The Palace is surrounded by its own large landscaped garden situated right at the edge of a scarp. Nowadays, it houses the Polish Architects Society and Endorfina Foksal Club & Restaurant which is a great place to enjoy the city’s nightlife.